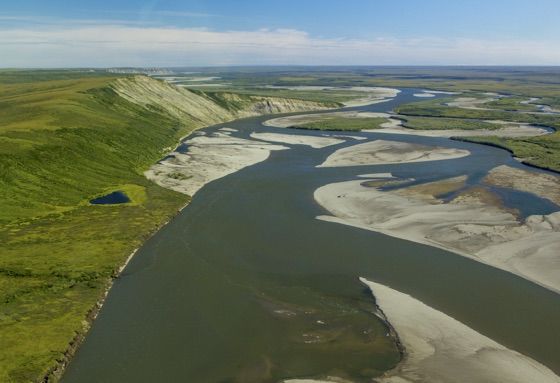 More bad news for the environment is coming out of the White House. On Monday, Interior Secretary David Bernhardt announced a new oil and gas leasing program in the Arctic National Wildlife Refuge in northeastern Alaska. This would allow oil drilling on 1.5 million-acres of the 19 million acres making up the wildlife refuge, a zone in the refuge’s coastal plain known as the 1002 area.

Bernhardt claims that the drilling will increase American energy independence and create jobs, while opponents see the move as dangerous in regards to the climate emergency and for the wildlife in the area, including polar bears and migrating cariboos that calve there every year, and migratory birds.

Leases for the exploration of oil and gas in the area could start being auctioned off by the end of the year, but according to The New York Times, production would not happen for another 10 years.

According to the US Fish and Wildlife Service, “the Arctic National Wildlife Range was established in 1960 to preserve unique wildlife, wilderness and recreational values. In 1980, the Alaska National Interest Lands Conservation Act (ANILCA) re-designated the Range as part of the Arctic National Wildlife Refuge, and provided four purposes that guide management of the entire Refuge: to conserve animals and plants in their natural diversity, ensure a place for hunting and gathering activities, protect water quality and quantity, and fulfill international wildlife treaty obligations.”