A few years ago I wrote about a roll call from environmental hell: the primates being driven towards extinction by poachers abducting them to sell as pets.

At the time, wild chimpanzee numbers in Benin, Burkina Faso and Togo had been utterly decimated, while the global market for live apes – specifically baby chimpanzees, gorillas and orangutans plucked from their forest homes in Africa and Asia – was, and still is, flourishing.

The desire of a select few to keep a pet primate in their back yard has been catastrophically disruptive. Those in the know say that for every baby chimp taken from the wild, 10 adults are typically killed to prevent them resisting the baby chimp’s capture.

In recent years, live baby primates have been smuggled in cabin baggage on regular passenger flights – sometimes wrapped like a human baby on a mother’s chest, other times shoved in a bag in the overhead compartment.

This year, that particular smuggling route was made more challenging by the travel restrictions imposed by COVID-19, a disease ironically caused by the wildlife trade, possibly in pangolins. And yet, animal trafficking continues, enabled by social media and online platforms.

There is also a more localised threat. Just this week, there were news reports of a tigress in India killed when a poacher’s wire punctured her windpipe. Such snares have reportedly become more common amid the pandemic, as people who are left jobless turn to wildlife to make money to feed their families.

“It’s risky to poach but if pushed to the brink, some could think that these are risks worth taking,” said Mayukh Chatterjee, a biologist with the Wildlife Trust of India.

On a more positive note, it seems the fears that organised poaching in Africa would spike have not materialised, partly because ranger patrols have continued in many national parks and reserves. However, bushmeat poaching is soaring as rural people struggle to feed themselves. 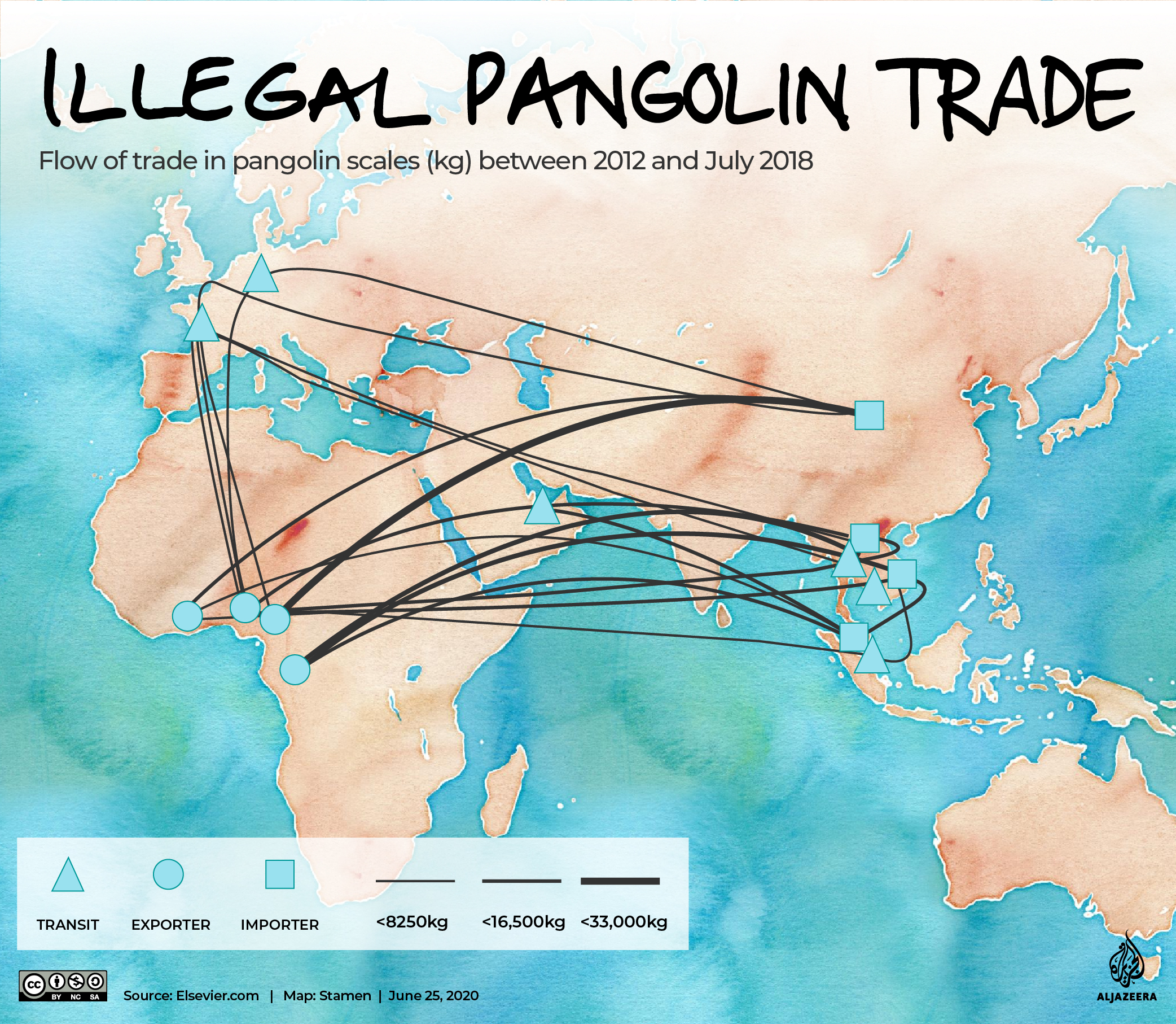 There is sleight of hand over the Chinese government’s “banning” of pangolin scales for use in traditional Chinese medicine, a decision it announced earlier this month.

The London-based Environmental Investigation Agency (EIA) discovered, however, that the scales have not been banned at all, but merely removed from a section in this year’s official compendium of approved traditional medicines.

Behind the spin, pangolins are still included in the pharmacopoeia, as an ingredient in patent medicines used to treat abdominal pain and help blood circulation.

Pangolins are the world’s most trafficked mammal and have been identified as a possible link in the outbreak of the coronavirus pandemic.

“Without comprehensive action to eliminate demand for the use of pangolin scales in traditional Chinese medicine, the ongoing industrial trafficking of pangolins and concurrent decimation of wild populations will continue,” said Chris Hamley, the EIA’s senior pangolin campaigner. 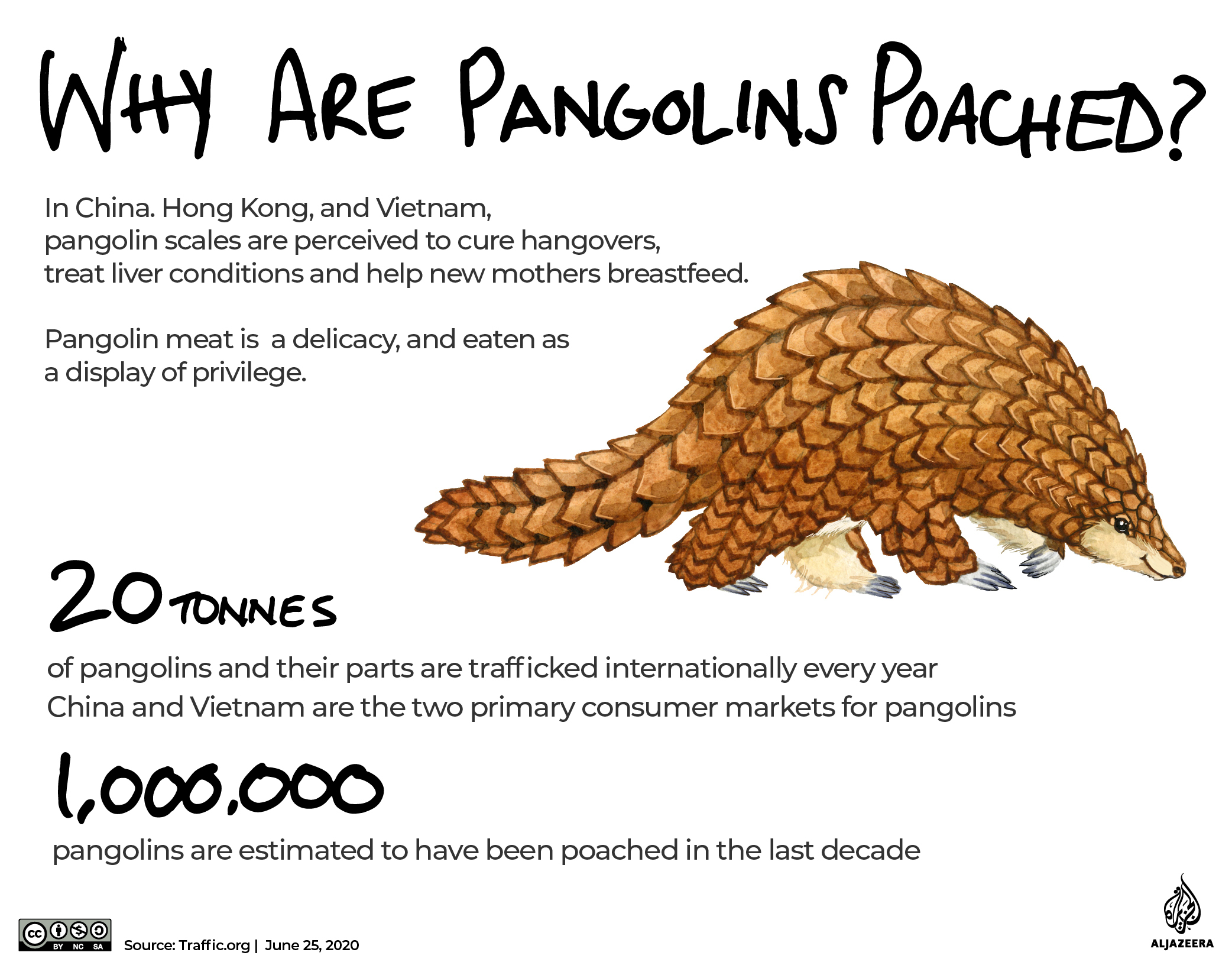 There are fewer than 450 wild leopards left in China. But this animal on a cliff edge is being turned into a health tonic.

As the famous anthropologist Jane Goodall recently wrote: “The way we have exploited animals and the natural world has created this coronavirus pandemic and it is important that as we emerge from lockdown, we learn to live in greater harmony with nature.”

The illegal wildlife trade is organised crime, right up there with arms, drugs and human trafficking.

It is worth tens of billions of dollars. You can pay $100 for a dose of tiger bone to cure your insomnia or $40,000 to own a baby gorilla snatched from the wild. Wander the virtual stalls in hell’s market and you can get yourself a near-extinct parrot for your aviary, a vial or two of ground rhino horn for your libido or some ivory trinkets for the hell of it.

The payback from nature? Oh, that will be a pandemic or two. 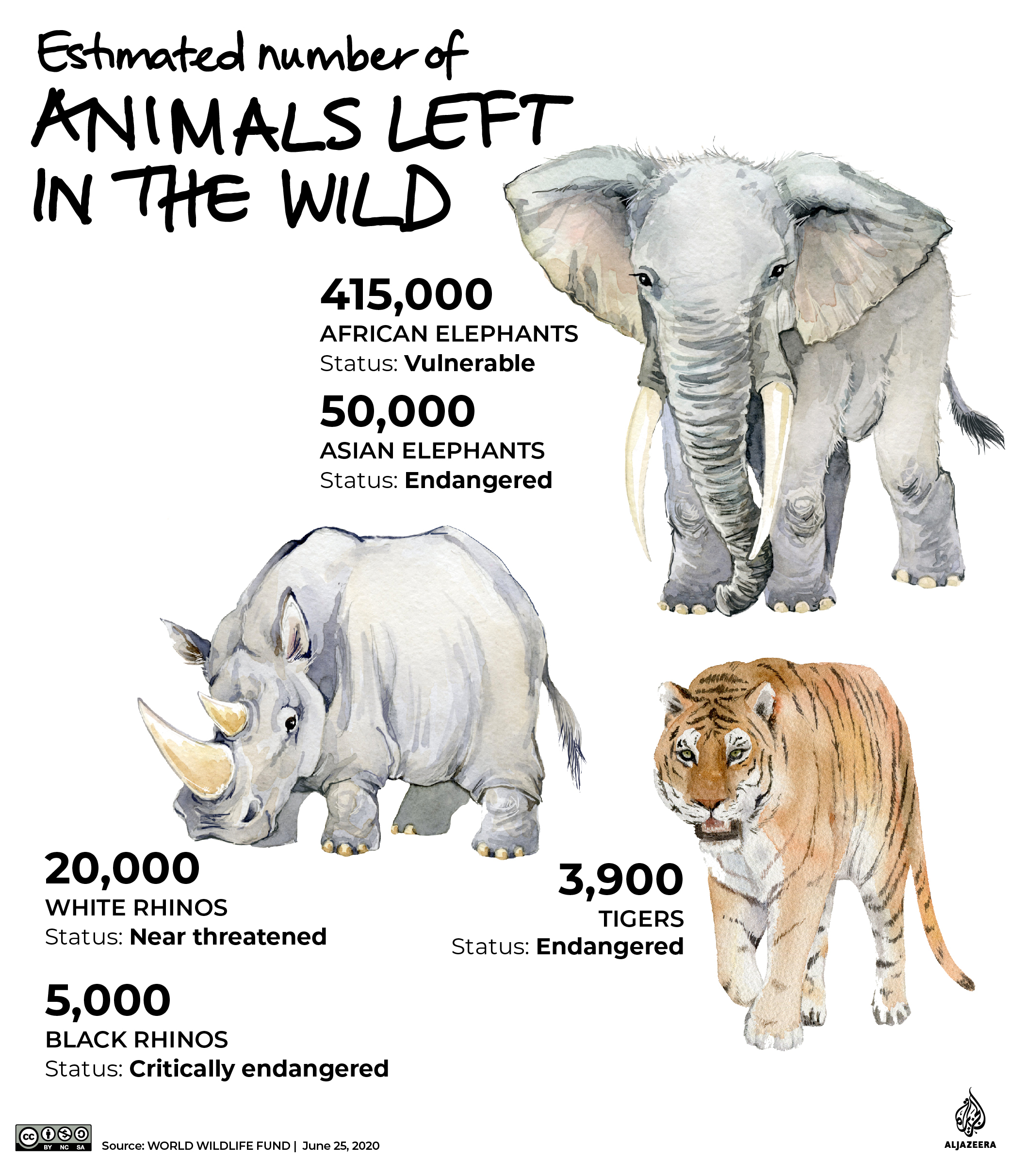 1. Siberian heat: As the Arctic warms at more than twice the rate of the rest of the world, one northeastern Siberian town may have recorded the region’s hottest temperature yet: 38 degrees Celsius (100.4 degrees Fahrenheit).

2. A human experiment: A team of scientists is investigating the effects of what they are calling the “anthropause” – a period of reduced human activity due to the coronavirus pandemic – on wildlife and the environment.

3. An octopus nursery: Watch tentacled octopus babies hatch out of their sac-like eggs – along with what can be tens of thousands of siblings.

4. Coronawaste: Disposable face masks and latex gloves are showing up on our beaches and seabeds, adding to the massive amounts of waste being dumped in the ocean – including as much as 13 million tonnes of plastic each year.

A true conservationist is someone who knows that the world is not given by his fathers, but borrowed from his children.

Nick Clark is the environment editor at Al Jazeera English.